NAFLD is usually seen in people who are overweight or obese.

According to the WHO , obesity is defined as an excess of weight by increasing the fat mass of an individual.1

However, it has been found in people of a normal weight whose diets are very high in fat and/or sugar content. A healthy liver should contain little or no fat and for most people, carrying a small amount of fat in the liver causes no major problems. Having high levels of fat in your liver is also associated with an increased risk of problems such as diabetes, heart attacks and strokes.2

If fat has been in the liver for a prolonged amount of time, the liver cells can become inflamed and the term NASH is then used. NASH may progress, like many liver diseases, to cirrhosis and liver cancer. See the diagram below:

Do not hesitate to read our article about FATTY LIVER DISEASE

Fate Of Fatty Acids In The Liver

In the fasting state, adipocyte TAG is hydrolyzed to release FFAs, which are transported to the liver where they can serve as substrates for mitochondrial -oxidation. -oxidation of fatty acids is a major source of energy needed to maintain liver viability during fasting. It is also the source of the ketone bodies, acetoacetate and acetone. These are released into the blood and are essential fuel sources for peripheral tissues, when glucose is in short supply. Defects in hepatic -oxidation cause microvesicular steatosis of the liver, increase in oxidative stress due to extramitochondrial oxidative stress. ROS and peroxidation products lead to cytotoxic events, release of proinflammatory cytokines and activation of hepatic stellate cells and fibrosis.

Hepatic steatosis can often be diagnosed by imaging techniques, such as ultrasound, computed tomography scan, or magnetic resonance imaging . All types of medical imaging can reveal diffuse fat content in the liver. This finding may also be described as lower liver attenuation, which means that healthy tissue is interrupted by fatty deposits. Imaging tests are performed by radiology specialists and interpreted by radiologists.

Ultrasound imaging is a type of sonography that is useful for detecting fat within the liver. Ultrasound technology utilizes sound waves to detect variations in structures and composition within body tissues. A higher measure of echogenicity will also accompany fat deposits in the liver parenchyma, which is the part of the liver responsible for carrying out the organs processes. Higher echogenicity means that sound waves more readily bounce off fat tissue and echo back to their source. An MRI might reveal a chemical shift that signifies the presence of fat within the liver.

Another type of imaging is called elastography. Elastography can reveal if soft tissue has hardened, indicating damage. For example, normally functioning liver tissue is soft in texture. Scarred or damaged liver becomes harder in texture.

One of the most definitive ways to detect and diagnose fatty liver disease is through a liver biopsy. A liver biopsy requires taking a tiny sample of your liver and analyzing it for the presence of fat cells, lesions, and other abnormalities.

If you are living with fatty liver disease, learn as much as you can about your condition and work closely with your medical team. Since many medications can harm your liver, always let all your health care providers know about any medications you are taking. These include OTC drugs, dietary supplements, and vitamins. Other ways to manage fatty liver disease include maintaining a healthy weight, eating a balanced diet, getting regular exercise, and continuing to avoid alcohol.

Don’t Miss: Signs You Have Hepatitis B

Steatosis And Fibrosis Progression In Hcv

High levels of TNF- have also been observed in human chronic hepatitis C patients. TNF- has been shown to induce IR in experimental animals and cultured cells. Inhibition of tyrosine phosphorylation of IRS 1 and 2 may be one of the mechanisms by which a high level of TNF- causes IR. Administration of an anti-TNF- antibody restores insulin sensitivity. These results provide direct experimental evidence for the contribution of HCV in the development of IR. There are experimental arguments for a direct role of insulin in fibrosis progression in HCV infection.

Epidemiological studies indicating that the state of IR now associated with NASH is also associated with an increased risk of HCC. It is worth mentioning that diabetes increases the risk of chronic liver disease and HCC.

Your doctor may see something unusual in a blood test or notice that your liver is slightly enlarged during a routine check-up. These could be signs of a fatty liver. To make sure you dont have another liver disease, your doctor may ask for more blood tests , an ultrasound, a computed tomography scan or medical resonance imaging .If other diseases are ruled out, you may be diagnosed with NASH. The only way to know for sure is to get a liver biopsy. Your doctor will remove a sample of liver tissue with a needle and check it under a microscope.Some questions to ask your doctor after diagnosis include:

Recommended Reading: How Do You Pass Hepatitis C

If you have any of the types of fatty liver disease, there are some lifestyle changes that can help:

Recommended Reading: How Did I Get Hepatitis B

Can You Have Minimum Hepatomegaly With Hepatic Steatosis

Have your ammonia levels checked as well. my alt is 246 ast is 116 plasma ammonia is80 ug/dl.hepatomegaly 20cm steatosis .can i have minimum hepatic encepahlopathy if ifeel inattentiv/lethargy? May be: While you ammonia level is above the normal limit, your lethargy may be related to issues causing the liver disease.

What Is Nonalcoholic Fatty Liver Disease

NAFLD is a type of fatty liver disease that is not related to heavy alcohol use. There are two kinds:

Why Is Fatty Liver Disease Bad 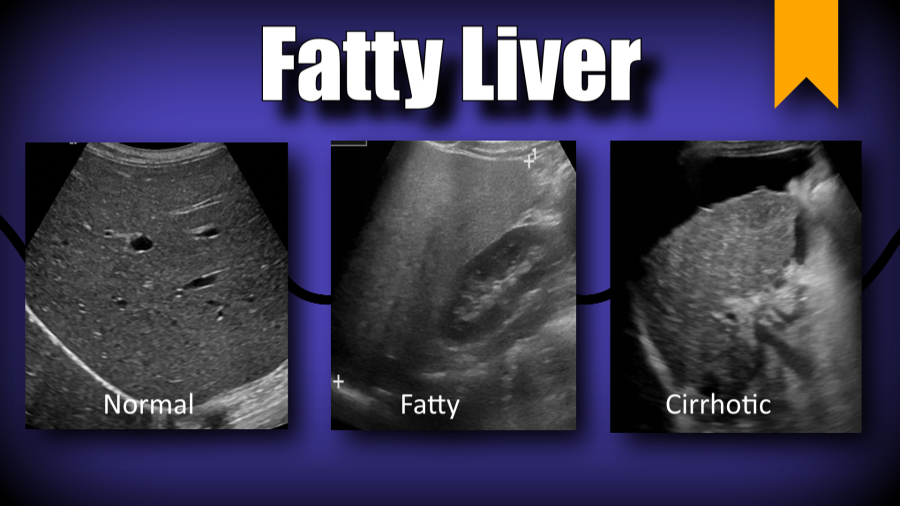 Cirrhosis of the liver

Cirrhosis of the liver is a result of severe damage to the liver. The hard scar tissue that replaces healthy liver tissue slows down the livers functioning. Eventually, it can block liver function entirely. Cirrhosis can lead to liver failure and liver cancer.

With ALD and NAFLD, there are usually no symptoms. Some people may have signs such as tiredness or pain in the upper right side of the belly where your liver is.

If you have NASH or get cirrhosis, you may have symptoms such as:

The reason why some people with NAFLD have simple fatty liver and others get NASH isnât known. Genes may be a reason. NAFLD or NASH is more likely if:

There are also some less common reasons why you may get NAFLD or NASH. They include:

In 2015, the New York Times published an article on the , a nonprofit founded in 2014 that advocated for people to focus on increasing exercise rather than reducing calorie intake to avoid obesity and to be healthy. The organization was founded with at least $1.5M in funding from the , and the company has provided $4M in research funding to the two founding scientists Gregory A. Hand and since 2008.

Drinking Too Much Alcohol

Drinking excessive amounts of alcohol can cause a range of liver conditions, including alcoholic hepatitis, alcoholic fatty liver disease, or cirrhosis. If your healthcare provider suspects that you may have alcohol-related liver disease, he/she will take a thorough history and perform a physical examination to determine how much alcohol you consume and look for signs of advanced liver disease. The workup may also include blood tests or imaging.

It is critical to recognize the signs and symptoms of alcohol abuse early because patients often do not develop symptoms until they have life-threatening liver disease. Treatment for alcohol abuse may take many different forms, including counseling, residential treatment, or support groups. Occasionally, medications can be used as an adjunct to other types of therapy.

Delivery Of Fatty Acids From Peripheral Stores To The Liver

Triglycerides are stored in adipose tissue and released as FFAs into the circulation through the actions of lipoprotein lipase. FFAs released from peripheral stores are hydrophobic and are strongly bound to circulating albumin. FFAs are transported by albumin to the liver where they can then be used as a substitute for -oxidation, stored as TAG, or exported as VLDL.

Excess glucose is converted to the liver, the backbone of most amino acids, can be converted to pyruvate and then to acetyl-coenzyme A , which feeds directly into cytosolic fatty acid synthesis.

Don’t Miss: How Does A Person Contract Hepatitis

The liver metabolizes medications and drugs in the blood.

Chronic use of illicit drugs, such as heroin and cocaine, can lead to liver inflammation and damage.

According to the , medications that can contribute to liver damage include:

Storage Disorders Of The Liver

This refers to a group of diseases where the liver stores too much carbohydrate, minerals, or other biological molecules. Often, the cause is genetic and may be exacerbated by diet or other factors in your environment. There are numerous liver storage diseasesexamples include hemochromatosis , Wilsons disease , or glycogenosis .

If left untreated, these diseases can cause life-threatening liver failure. Treatment is variable and can include dietary changes or medications which capture the offending molecules.

Progression of fibrosis in NASH has been histologically demonstrated in 32%-37% of the patients. Estimated rates of cirrhosis development over 10 years of 5%-20% have been reported by 3 independent studies . NASH patients with advanced fibrosis are at risk of developing liver complications. Obesity, diabetes, IR and the initial severity of the fibrosis are the factors most conspicuously associated with fibrotic progression.

HCC has been detected in several NASH patients, most often at the time of diagnosis, and rarely, during follow up. In the larger Olmsted County Community Study, 2 of 420 NAFLD patients developed HCC during a 7-year follow-up period. The estimated rate of liver-related deaths over 10 years was 12% for NASH patients.

Noninvasive studies such as ultrasonography , computed tomography scanning, and magnetic resonance imaging are useful in helping to establish a diagnosis of steatosis, as well as in finding evidence for portal hypertension these imaging tests are also helpful in ruling out biliary dilation in patients with a cholestatic pattern of liver test result abnormalities.

In patients with alcoholic steatosis, the liver appears diffusely echogenic on US. In patients with nonalcoholic fatty liver disease , the liver is hyperechogenic or bright. Steatosis is detected only when substantial fatty change is present. Studies in patients who are about to undergo gastric bypass surgery indicate that US has a 93% predictive value for NAFLD, with an accuracy of 76%. Patients with steatosis on US have a higher incidence of coronary artery disease and should undergo cardiac evaluation if suspicious symptoms are present.

The mean CT count is lower in the liver than in the spleen. CT scans may be used to monitor the course of the disease on successive scans. Focal fatty lesions may be identified by dual-energy CT scans that demonstrate increased attenuation with increasing energy.

Also Check: Is Hepatitis C And Hiv The Same

Insulin, after binding its receptor, induces the phosphorylation of receptor substrates in the liver and muscles, and triggers several steps toward the transactivation of glucose transporter-4 .This increases glucose uptake by cells and its storage as glycogen, and inhibits the net production of glucose by the liver, thus blocking glycogenolysis and neoglycogenesis. Moreover, insulin promotes lipid storage by inhibiting lipolysis. When insulin is unable to induce glucose uptake, pancreatic -cells increase insulin production and the hyperinsulinemic state prevents hyperglycemia. Thus, IR depends on insulin secretion and insulin sensitivity.

Get A Subspecialty Second Opinion Today

The DocPanel platform enables people all over the world to get an expert second opinion in as little as 24 – 72 hours.

What Is Hepatitis C And Is It Curable

How Do You Say Hepatitis C In Spanish